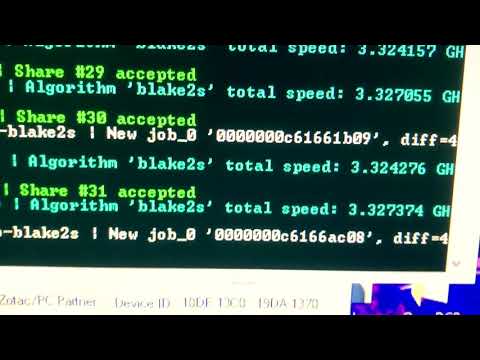 Hey everyone, to begin I have a full PC Build. + Other Parts below.. Your going to hate me but this is the fucking truth I swear. I basically do not need a gaming PC at the moment. And my will to game has faded...but my will for gainz is growing. I have recently found the sub /wallstreetbets and I'm selling all my shit and YOLOing the fuck out.
Now now now.. don't hate me just yet. I've been working my ass off and investing my whole life in different shit. My most successful venture thus far has been bitcoin. I'm no god damn bitcoinillionaire but I've been turning it over and helping pay for shit for years.
Long story short, then I started saving all my freedom dollars into bitcoin, then I started mining and small term investing. And now I am in it balls deep. My reasoning behind all this is simply, I don't need all this shit if I'm not going to use it right now. And if I don't go broke and do well over time I can buy it all back better next year. Annnnnd if I go nolo broke, well I made a slightly costly bad life decision at 25 and learned some really god damn good life lessons (at least one would hope).
So I'm selling all my needless possessions (Except my PS4), lowering my bills and overall cost of living and investing it all...in AMD. (Not all I diversify. but 100% of this PC would go towards it.) My ultimate goal being to invest 1/4 of my income by the end of this year. So without further blabbering...
1. Full PC Build AT THIS TIME I DO NOT WANT TO PART OUT. I Also would prefer not to ship. I also would prefer this to stay local. With that being said, If the before two become unsuccessful I do still have the original boxes for most items and could part it out.
PCPartPicker part list / Price breakdown by merchant
All parts are less than 2 months old with very light use. Asus CD Drive not installed, just didn't do it. I can provide it or sell it w/o. Looking for $980 Local Cash 24018 FOR P/U Also I have 2x AOC 22in 60hz IPS 1080p Slim Bezel 5ms w/ Dual vesa mount for sale for $200 local not pictured here
2. GTX 1070 FTW or GTX 1060 6GB
One of these cards I will ship separate from the build. The other I will leave in the PC above to attempt to sell it as a whole. I might also sell these two and sell the PC - GPU.
GTX 1070 FTW - $345 Shipped (Bios Update + Thermal Pads)
PNY GTX 1060 6GB XLR8 - $210 Shipped
3. 3 Items I will sell separate from the PC
Masterkeys Lite RGB Keyboard/Mouse Combo - $45 Shipped
Asus CD/DVD RW Drive, Never Used Brand New - $15 Shipped
Antminer USB Stick - Not even sure if it works, bought it off someone here for a test and never used - $10 Shipped
(Sold to silvercard1)
TRADES or I will buy
Ironically enough I'm keeping my Razr Mouse and Mousepad (bought off here) to even use with a cheap laptop, I just like them that much.
I have Confirmed trades on here of $750, $610, $345 & others using alt payment methods & trades. Also a 4 year old acct & creator of /askcarsales and mod of my local reddit /roanoke.
I will be accepting paypal soon, I have a feeling I'll need to repost some items. I'm the the middle of confirming my bank acct now.
TIMESTAMPS

[Build Ready] 980ti 4k Monster. Please set my mind at ease before I spend Liberia's deficit on this thing.

Have you read the sidebar and rules? (Please do)
Of course!
What is your intended use for this build? The more details the better.
Mainly gaming. I want to be very ready when all the VR HMDs hit in a few months as well. I also do a bit of GIS work (computer based mapping), which is why I've gone for an i7. I can utilise the multithreading in the GIS software.
If gaming, what kind of performance are you looking for? (Screen resolution, FPS, game settings)
I want 4k. I've been slugging away at 1080p for too long, it's time to advance. The thing is, if I'm going 4k I want to do it right. I want Ultra. I want 144Hz. I want G-Sync. Hence the $1k monitor!
I want to note that power usage is something I'm mindful of as well. Obviously a 980ti is going to pull some juice, but I'm not mining Bitcoins here. Electricity is expensive.
What is your budget (ballpark is okay)?
What is this word, budget? Seriously, it started at ~$1.5k. Just a few upgrades, I said. Then the tax man gave me back a bunch of money, and I thought "fuck it". Also, and this is the most important detail, Lisa just spent a heap of cash renovating the house, so the time is ripe. I have justifiable purchasing power through guilt. It's awesome. All that being said, if there's a way to bring the price down and still get the power that I want, I'm all ears. That's why I'm showing you guys. I certainly don't want it to get more expensive.
In what country are you purchasing your parts?
Australia. AKA The Place Where Shit Internet And Data Caps Were Born
Post a draft of your potential build here (specific parts please). Consider formatting your parts list. Don't ask to be spoonfed a build (read the rules!).
PCPartPicker part list / Price breakdown by merchant
Provide any additional details you wish below.
I don't think there is anywhere I can shave off dollars. I mean, the keyboard is an indulgence but why not, right?
I want some of you Jedis to convince me I don't need the ti. A straight 980 will chew up 4k and spit on Oculus Rifts, right?
Someone here knows about some back-alley Korean monitor with 4k 144Hz G-Sync for $500, right?
I've even got a backup AMD GPU build ready, coming in about $800 less if you guys can convince me the 390 will have the staying power and Freesync will destroy the G-Sync Death Star.
Have at it, and many, many thanks!

What is your parts list? Consider formatting your parts list.
PCPartPicker part list / Price breakdown by merchant
Describe your problem. List any error messages and symptoms. Be descriptive.
I've been using this rig to game for a while, and everything seemed fine. It can handle what I throw at it, and didn't ask too many questions about the performance. But now that I've got an HTC Vive and Oculus Rift (kickstarter backer), it is apparent that there is a big performance gap between when my computer first starts up, and after a couple of hours. And when I say big, I mean HUGE.
I first thought it was due to an incompatible USB3 chipset, that the tracking itself was jittering, but then I did some 3Dmark 11 tests separately from the VR headsets, and it's clear that right after restarting my PC, it's fast, and after a while it becomes slower. It might have something to do with sleep mode, but I think it happens after a while anyway. Sometimes, in a Vive gaming session, it starts out fast for about 10 minutes and then becomes slow. It's hard to put a time on it.
Look at this! Score after restart: 15764 http://i.imgur.com/ZtEQHyj.png
Score after a while: 7433 http://i.imgur.com/sRYR8fJ.png
That's less than half the score...
List anything you've done in attempt to diagnose or fix the problem.
I close down F.lux before I do these tests, I've also removed old NVIDIA drivers with DDU and reinstalled the latest one. I shut down as many programs that might be running in the background.
CPU temps are normal, when I'm rendering 3D graphics for example they are at 100% load and temps are at maximum 45°C. There's a huge cooler on there, because I was planning on overclocking the CPU but haven't done it yet.
GPU-wise, I'm not sure what to check. Temps are at 59°C right now as I'm typing this and GPU load at 87% (I've got a lot of tabs open in Chrome at the moment).
EDIT:: So my GPU load seems to be stuck at 87% when idling... so I'm going to run a malwarebytes scan, maybe I'm mining bitcoin via a virus or something?
In the HTC Vive Performance analyzer, I can see constant dropped frames when the performance is low.
I've installed CPU-Z and Process explorer, and the culprit seems to be a process called Steam - when I kill it, my GPU load goes back to normal. It's a supposed bitcoin miner, removal instructions here: https://steamcommunity.com/discussions/forum/1/35221584425122691/
Jesus Christ if this is true I don't want to know how much electricity I've been wasting

How Much Can You Make Mining Bitcoin In 2018 With Nvidia ...